How do I Recognize and Treat a Concussion?

A concussion is a form of brain injury and should be taken very seriously because while it may not have life-threatening consequences, it can have lasting affects. Concussions can occur anytime there is a blow to the head. They are common in sports but can also happen in auto accidents or other types of crashes and are caused when the brain hits against the inside of your skull. Football, Lacrosse, Soccer and Hockey have some of the highest rates of concussions, because of the contact nature of these sports. Symptoms can include headache, dizziness, nausea, fatigue and confusion and might not become obvious until hours after the knock to the head. If there is a blow to the head, athletic trainers, coaches and parents should immediately be on the lookout for any of these symptoms, and remain vigilant in looking for the symptoms for the following 24-48 hours.

There has been lots of new research done to help with the diagnosis and treatment of concussions, especially in athletes. Athletic trainers and team doctors are becoming more conservative in their approach to the health of their players and the diagnosis of concussions. They are using new tests that help to detect concussions right on the field. One of these tests is the K-D test, which can detect 79% of concussions on the field within two minutes by comparing visions and comprehension to a baseline test taken before the season. This helps to determine if an athlete should be sidelined for the rest of the game or is clear to return to the game.

If an athlete has any symptoms of a concussion, they should not return to the game until being evaluated by a doctor. Not risking permanent injury is more important than any game.

The long term effects that severe and repeated concussions have on the brain is now being studied extensively. Many former NFL players are suffering from memory loss, forgetfulness and depression due to repeated and untreated blows to the head from playing professional football. These players are now realizing that when they suffered a concussion and continued to play, that they were damaging their brain permanently. The NFL has taken a more conservative approach to concussions than in the past and now you will see team doctors take a player’s helmet away if they suspect he has suffered a concussion so that he can not return to the game.

What should you do to treat a concussion?

Airing on the side of caution is generally a good course of action, if you notice a change in behavior of the athlete, especially after a significant blow to the head it is worth getting them checked for a concussion. Asking the athlete about their vision, memory or any headaches can work, but some won’t always readily admit to being concussed so that they can stay in the game. If they have mild symptoms they should be monitored, and if the symptoms persist, you should see a doctor. Seeing a doctor to confirm that there is no damage is important, because a CT scan can check for any brain bleeding of other damage that may have occurred. It is important to get clearance from a doctor before returning to action because sustaining another concussion before healing from the first one greatly increases the possibility of more severe brain injuries.

If you have more questions pertaining to concussions in athletes, be sure to contact your doctor or an athletic trainer. 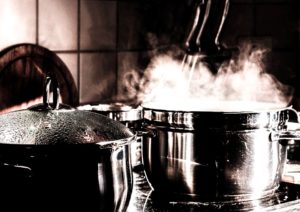 How To Stay Safe At Summer Music Festivals [Updated for 2021] 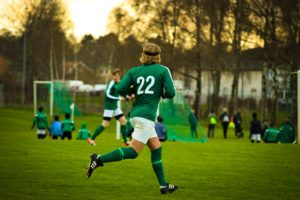 How To Prepare for Spring Sports: The Ultimate Guide (Updated for 2021)