Can I remove Skin Staples at Home?

What are Skin Staples?

Skin staples are used to close wounds after an accident or more commonly a surgery. The staples function the same way that an office stapler would and they are used for special applications as an alternative to stitching. Both sides of the wound are pulled together after the surgery and the staple passes through both sides holding the wound together until it can heal. Skin staples can be used on either external or internal wounds and they have become popular because in certain cases because they cause less scaring than traditional stitching. Staplers are either made of disposable plastic or they are made of stainless steel and must be sanitized between each use. They are only used by trained professionals in a medical environment. Skin staples are not something that can be applied at home by just anyone. If you think that you might need skin staples or stitches you should seek medical attention immediately.

Can I remove my skin staples at home?

It is not recommended for you to remove skin staples at home since it is a difficult and painful process – let a doctor remove the staples because they can minimize bleeding and assess if the wound has healed well enough so that no further treatment is required. While a doctor will often tell you that the staples will come out on a certain day, they can never really be sure until they look at the wound before they remove the staples. If the wound isn’t fully healed then removing the staples could cause scaring or put you at risk for infection as the staples aren’t being removed in a sterile environment.

If you have the proper training and decide to remove your staples at home, you can use a disposable staple remover. Be sure to disinfect the area and to check that the entire staple is removed because it it is left in the skin, it could cause an infection down the road.

Fieldtex, Products Inc. – We Are The First Aid Experts 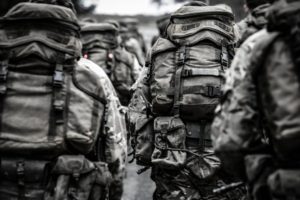 Defining First AidProduct of the Week